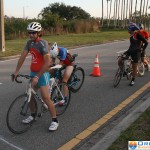 In addition to the Airport Time Trials, Orlando Runners and Riders puts on a twice a month time trial (during daylight savings only) on Innovation Way, also on Tuesday nights. They are scheduled so as not to conflict with the Airport races.

This is also a USA Cycling points race. Finishers in rated categories who are USA Cycling members will see their ranking improve (or not) on their USA Cycling home page.

The course is a little longer, 9.5 miles, so it is a little more of a workout. It is also basically flat with two high speed turns in addition the 180 degree turnaround. 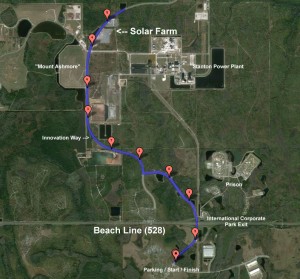 The USAC 9.5 mile Course for the ORR TT

All races register at 6:30 pm for a start shortly thereafter (usually 7pm.) 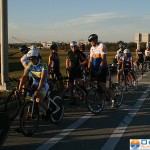 One of the best ways to check your cycling progress is a time trial, and for those in the Orlando area one of the best events is Topview Sports’ Airport Time Trial Series. Promoted and overseen by Tim Molyneaux, this event is drawing larger crowds than ever.

With some new sponsors this year, the event is even more attractive, with race day prizes awarded. New sponsors include Winter Park Cycles and The Fit Lab

Races are held on Tuesday evenings (see schedule below) and typically end well before the light fails, but the Heintzelman Blvd venue offers excellent street lights for those that want to ride later. The course is an out and back with a total length of 6.94 miles. It’s basically flat except when it goes under a couple of aircraft bridges (see photo below) although the wind is usually a factor, since it is in a large, open area (airport duh) the breeze can be strong. 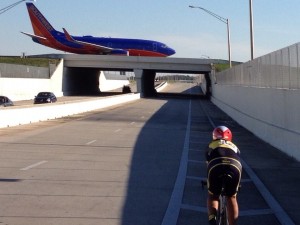 The results are updated (live) using a pretty cool app called WebScorer, which posts the results to their website. Here are the complete results for TT #3.

The Orlando Runners and Riders team is starting to appear in respectable numbers at these events. While we are yet to be a threat to the podium, our times are improving and what’s more important, we are having fun. 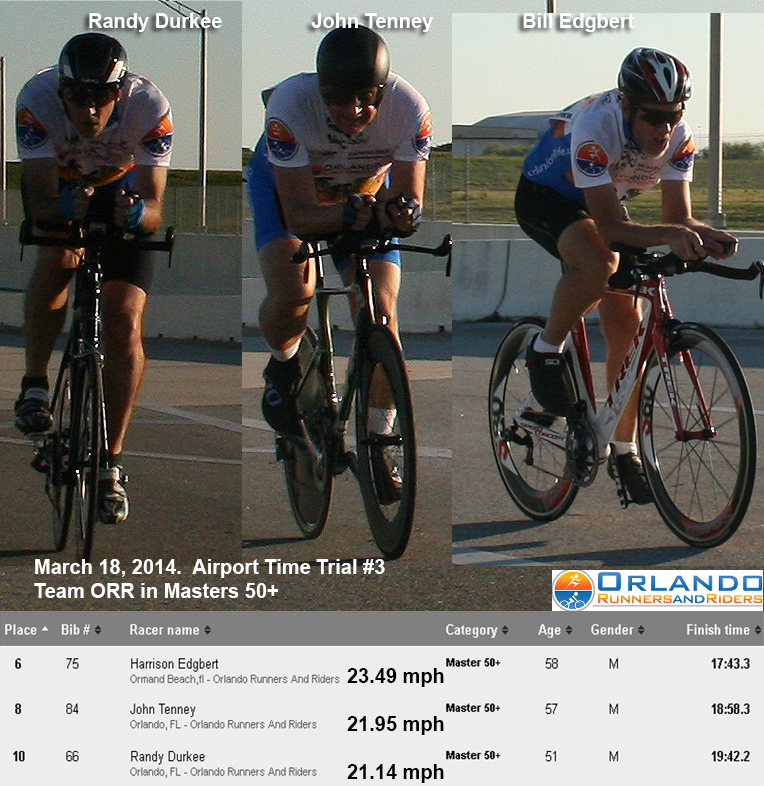 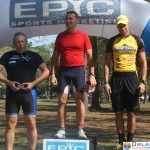 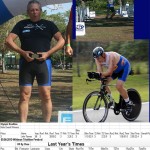 This website will be in honor of all of us “Trying Athletes” out there, and hopefully will furnish some resources and insights that will help you with your journey. Maybe even some entertainment, who knows? 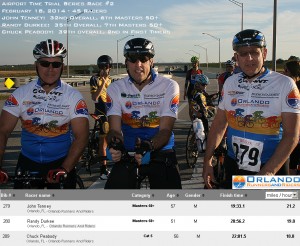 Chuck, Randy and I at the second Airport Time Trial