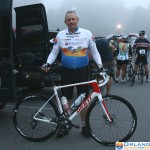 On Saturday August 16th I rode in the Blue Ridge Breakaway (hereafter referred to as “BRB”), a 105.7 mile ride through the Blue Ridge Mountains with over 10,000 feet of vertical elevation change.

I did not have a great event. In fact you could say it was an EPIC FAIL. And it was my own fault for making mistakes I knew better not to make.

It all started when I found out on Thursday, that the event was Saturday (and not Sunday like I believed.) I noticed my friends posting on Facebook that they were on their way to Waynesville, NC. “Why are they leaving today?” I thought. “I’m leaving tomorrow so I can relax Saturday and have a good ride Sunday.” When I checked the BRB website and discovered my error.

Quickly I began packing up the van. I called the hotel and they were very nice and said yes, you can come in a day early and we won’t charge you for an extra day if you leave Sunday. That was nice. Still, I didn’t get out of the house and on the road till 3:30 in the afternoon.

So that leads to:
Lesson One: Get the Proper Event Information and Scheduling. 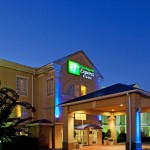 Around 11:30 pm I was only 400 miles in to a 610 mile drive. I decided to stop at the Holiday Inn Express in Orangeburg, SC for the night (a very nice place by the way and not too expensive) and get some sleep. This was actually a good move.

The next morning I went to the breakfast lobby and had some coffee and some “prefab pancakes.” Not the most nutritious meal but I wanted to get on the road. I got going and had to stop almost immediately at a rest stop to “vent some coffee.” 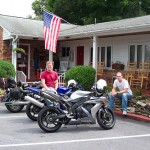 I didn’t get to the Oak Park Inn (another very nice place) in Waynesville until noon. All I had eaten in the last 24 hours was a Subway BMT sub, some pancakes and a food bar. I was frazzled and stressed so I did not go right out to eat but laid down for a short nap. Around 3pm I got up and rode my bike up to the venue, hoping to pick up my packet and possibly stop for some food on the way home.

I was two hours early for registration. I took a ride around the lake (very pretty) but that only killed about 45 minutes.

The volunteers were very nice but they didn’t have the timing chips yet, could I wait till 5? So I stayed around and helped them set up, move chairs, carry boxes, etc. All in all not a bad thing to do but I still had not eaten. I rode back to the hotel and got my van so I could eat with “the gang.”

Well, “the gang” I was hoping to ride with were all staying at a cabin, and had already made plans for dinner. When I left registration at 6pm I was quite hungry but did not relish going in to a restaurant in a strange, country town by myself to eat dinner alone (hear those banjos?) so I went to a Hardees and picked up a fast food meal. Which leads to:
Lesson Two: Don’t Travel to Major Events Alone.
I need the peer pressure from a “travel buddy” to make me eat correctly. Fast food and a couple of food bars is not enough nutrition the day before a very challenging 106 mile mountain ride.

The next morning I was up sufficiently early to wolf down some pop-tarts, drink a bottle of water and wait for nature to take its course. Cyclists understand that you want to get all your “business” done before starting a hundred mile ride. Fortunately for me, my digestive system agreed with me and all was well.

At the event they were offering donuts, pastries and coffee. I took half a cup of coffee. I have no idea why I didn’t eat at least one donut or a pastry. I certainly did not have enough carbs in my system to fuel me for the whole ride.

Still, the first 30 miles or so I felt great. I was riding fast, climbing well, and the disc brakes on my new bike (Giant Defy Advanced 1) really made the descents enjoyable. I felt so good I skipped the first two SAG stops, which leads to:
Lesson Three: Don’t Make A Problem Worse By Ignoring It.
I should have stopped and at least grabbed some cookies, peanuts, bananas, or something.

At mile 42 I stopped because I realized I was having a problem. I wasn’t flying up the hills anymore. I was getting shaky. I still didn’t feel hungry but I should know by now I can’t trust that feeling. I stopped and ate some peanuts. Then one of my buddies came in and left quickly. I didn’t want him to get too far ahead so I hurried up and followed him. Which is mistake #4:
Lesson Four: Don’t Race Other People, Race the Course
The right thing to do would have been to stay and eat something. Instead I was determined to “be that guy” who was going to perform. Another rookie move.

I got to the mile 52 SAG and saw a lot of contemporaries relaxing, eating, drinking, etc. I only needed a little water (or so I thought), grabbed a cookie and got back on my bike. Big Mistake. Big. HUGE. What I had failed to do was study the course. If I had, I would have realized that the next 13 or so miles were all uphill at an average gradient of 7 – 8%. This was “the stop before the big one.” Not a good time to skip a rest and recovery period.
Lesson Five: Know The Course!
The first three or four miles were fine. I was just riding along, saying to myself “wow this is a long hill” and it finally came to me, this is the big one.

It was very beautiful. I enjoyed the view. What I did not enjoy was how my body was running out of gas. I was bonking. I had depleted my reserves and my body had switched to fat burning mode. In this mode it is impossible for me to climb up a 7 to 8% grade. I started shaking. I had to stop and rest. People started riding by me. I knew the next stop was at mile 63, some 5 or 6 miles ahead, and they were all uphill. I started walking. This was really the end of my ride, as the next 30 miles I finished were just survival.

I made it to the Blue Ridge Parkway rest stop and guess what, they were out of water and almost out of food. It had taken me two hours to get to the top of that hill and I was at the tail end of field now. Everybody had gone by.

The smart thing to do would have been to wait for supplies. I didn’t. I followed one of my contemporaries out (see lesson four), thinking that I only had a little climb left (wrong. Had a big one left, see lesson five.)

I was looking forward to the infamous tunnel, since I had my trusty USB light mounted on my bike. Hah. At mile 80 I went in to a hole in the side of the mountain that was pitch black, and no dinky little 25 lumen light is going to help me. Next time I will bring a BIGGER light.
Lesson Six: Bring the Right Equipment
I made it through the tunnel without dying but it was mortifying. Well, see the video below. Realize also that the Go Pro adapts to lower light much quicker than my eyes. I never saw the reflectors or the white line to the right. If it weren’t for the car coming the other way I probably would have smashed in to the wall.

I made it to mile 85, halfway up the last big hill (7 mile climb at 8%) when I had to be sagged in, because I would not make the requirement of being off the Blue Ridge Parkway before 5pm. It was frustrating, knowing that I was only 3 miles from a 17 mile descent to the finish, but rules are rules, and I wasn’t going to argue with the BRB staff. I endured the embarrassment of being sagged off the course, and lived, so I guess it wasn’t that bad.

I suppose there is a lesson seven in all this too, since I don’t want to end with six. That would be to plan my trips better, and further in advance. I am working with my coach (who was NOT part of my BRB planning – another mistake) now to get ready for the next mountain ride: Six Gap, a 100 mile ride in Dahlonega, GA which traverses six mountain passes (gaps) on September 28th.